Decades of experience in all facets of business, marketing and tech.

Blacknox was founded by a group of individuals and entities, each with specialized skills and expertise honed over decades of experience in business strategy, marketing, product development, brand development and market positioning. By combining our individual areas of expertise we’ve created a startup focused consultancy that can guide you and your team from the white paper phase to and through brand and product launches while helping you navigate the complexities of your industry.

Brad is a technology geek at heart and a marketing expert by profession. He’s the guy that spends a lot of time tinkering with tech and coming up with ideas to position products and platforms to fulfill a market need.

As an entrepreneur, a media executive and a startup consultant Keith has been forced to find was to navigate new challenges for a diverse range of businesses and industries including lifestyle brands, consumer goods, FinTech, health sciences, technology and more.

Dr. Browdy is the President and CTO of OMS Tech, Inc., a mathematical and scientific software consulting firm. He has a Ph.D. in Mathematics and has over 30 years of experience in education and software development.

The keel that keeps the team’s creative minds on track, Austin is a successful business owner and entrepreneur that has been actively engaged in Miami’s philanthropic and business communities for decades.

Brad is a technology geek at heart and a marketing expert by profession. He's the guy that spends a lot of time tinkering with tech and coming up with ideas for better products that fulfill a market need.

In 1996 he logged into the Internet for the first time and shortly thereafter realized that small businesses would be able to use the web to run their business. So, he partnered with Dr. Steven F. Browdy to build one of the world's first web-based SaaS operations for small businesses.

While getting an understanding of the power of the newly created Internet protocols, Brad discovered XML prior to it becoming an approved standard. At the time he was working at Equitrac a company that provided printer and copier tracking to law firms and large corporations, but the network printers all used different standards for sending jobs. He realized that if he could create a standard for printing using XML for all manufacturers, then they could dramatically reduce development expenses. He and the team at Equitrac designed the standard and then pitched the concept to the large manufacturers. This resulted in the primary network printing standard used on all printers on the market today.

Other roles in his career have included hundreds of development projects, millions in marketing management, and dozens of cutting-edge product planning and development.

For over 26 years, Brad Nickel has been building successful businesses and his excitement about blockchain technologies and cryptocurrencies is driving him to build and lead a powerful company to leverage all the possibilities that these technologies have to offer.

Dr. Browdy has been a corporate leader in several commercial technical projects, including blockchain technology applied to science and business interests, satellite telemetry, instrumentation control, control and command system architecture and design, data acquisition, modeling and simulation, Service-Oriented Architectures (SOA), semantic infrastructures, database design, and cross-application data integration. Many of these projects took place while Dr. Browdy served as Director of Advanced Development for Equitrac Corporation, where he and his team developed one of the first tabbed web browsers, as well as a print monitoring solution used for many digital copiers and all stand-alone printers. He also served as Vice President of Research and Development for Interliant, Inc., where he and his team architected and designed one of the first web-based SaaS infrastructures for small businesses, including a B2B data broker.

Dr. Browdy has been involved in three global data sharing initiatives, and has received funding to work on various projects related to standards, interoperability, metadata, and networking. The three initiatives are the intergovernmental Group on Earth Observations platform known as the Global Earth Observation System of Systems (GEOSS), the Eye on Earth Global Network of Networks (GNoN), and the National Science Foundation-sponsored EarthCube. Much of the GEOSS and EarthCube work has been related to data brokering and metadata in association with interoperability, while the GNoN work has been related to federated networking and interoperability. Dr. Browdy was a member of the GNoN Foundational Infrastructure Team, funded by the Abu Dhabi Global Environmental Data Initiative (AGEDI) via the United Nations Environment Program (UNEP), and has served in the following GEOSS capacities: Chair of the Standards and Interoperability Forum, technical liaison for the Data Sharing Working Group, member of the GEOSS Common Infrastructure Operations Team, member of the GEOSS Evolution and Architecture Team, Manager of the Standards and Interoperability Registry, and lead for the data sharing team of the Architecture Implementation Pilot. Dr. Browdy was also a member of a research team funded by NASA to research metadata use within NASA according to the ISO 19115 family of geospatial standards.

Two global research groups that Dr. Browdy participates in are the Research Data Alliance (RDA) and IEEE. Within RDA, he is a member of many of the working groups and interest groups having to deal with brokering, data and metadata, semantics, and blockchain technology (Health Data Interest Group). Within IEEE, he is a participating member in the Standards Association P1931.1 effort on ROOF (Real-Time Onsite Operations Facilitation) Computing, serving as an editor for the standard being developed. This effort involves many topics, including security, networking, blockchain technology, and IoT.

A creative and analytical visionary bringing biz dev, product development, brand development, content development, operations and logistics expertise to the Blacknox team. Keith's ability to position brands for launch, and train start-up founders to run and grow their own businesses has been highly successful for his clients.

As a brand storyteller his marketing skills have been honed over years of helping clients launch and manage new products, television shows, and social media marketing initiatives.

Throughout his career Keith has successfully launched multiple companies, produced network television shows, national TV commercials and hundreds of engaging branded entertainment videos for consumer brands. His list of credits from both sides of the lens includes roles as Executive Producer and Coordinating Producer on series’ he co-created for A&E and NBC Sports and Commentator at ESPN’s X Games, Bassmaster Classic, the Olympics, Invictus Games and other major sports marketing events around the Globe.

Most recently Keith planned, built, and ran a startup in the $112 billion fishing tackle industry with amazing success against multi-billion dollar competitors and positioned the company to win industry accolades, land national accounts and shelf space in some of the world’s largest retailers.

His operational management skills are extensive and he is the team member charged with making sure all of our projects are planned and managed efficiently to meet deadlines and budgets.

Keith lives with his wife Liz and two daughters in Miami, FL.

Austin is a Miami native and has been actively engaged for quite a while in the philanthropic and business communities here.

He graduated from the University of Miami school of business in 2007and was honored at graduation with a “spot light” for his philantopic efforts and achievements while at school.

His passion for helping others continued after college when his first job was as the Capital Campaign Coordinator for Camillus house, during their capital campaign to raise $88 million for their new state of the art facility.

The skills he learned in philanthropy and non-profits includes marketing, PR, fundraising, financial management, and operational excellence. All of these capabilities are critical to our clients' focused on creating successful ICOs.

In 2008 he joined his father in the family business of building custom homes and is currently serving as the Vice President of Canterbury Homes. He gains a great deal of statisfaction from managing all of the teams, companies, materials, and tasks that come with building families their dream homes.

Like all of us at Blacknox, Austin has a great passion for fintech and the technology that he found when he and his partners started a crowdfunding related business for startups. The platform specializes in assisting companies raise capital in exchange for equity, but with a localized approach.

This experience naturally led him to the cryptocurrency world and the ultimate funding vehicle startup for blockchain startups, the ICO. Over the last year, he has been entrenched in cryptocurrencies and blockchain technologies and how we can apply them to improve business and the world.

Austin lives with his wife and two young children in Pinecrest, FL. 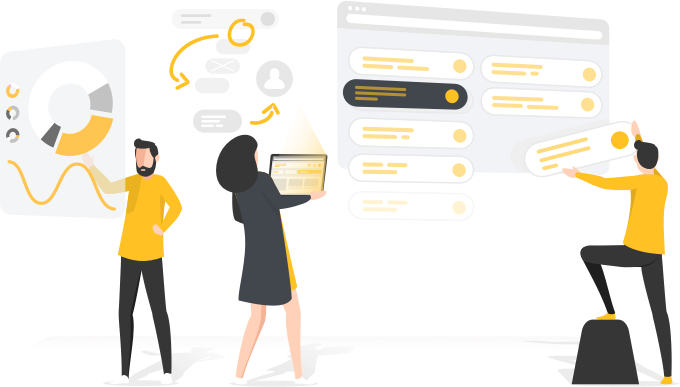 Signup for strategies and tips for growing your businessWhen you signup you will receive tips, strategies, how-to articles, videos, and new podcast episodes